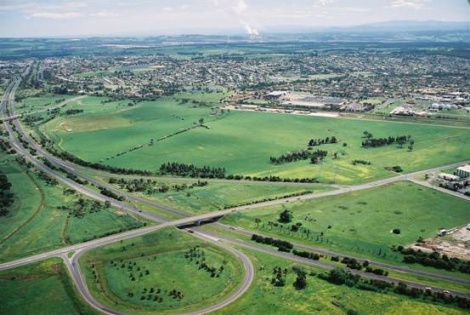 Indicators of Safe Communities Response: One

Latrobe City is centrally located in eastern Victoria, South East Australia. It is approximately one hundred and thirty kilometres to the east of Melbourne along the dual carriage way of the Princes Highway. The City has four major urban centres located at Moe, Morwell, Traralgon and Churchill, with smaller townships of Boolarra, Glengarry, Toongabbie, Tyers, Traralgon South, Yallourn North, and Yinnar.

With a population of approximately 70,000 people, Latrobe City encompasses an area of some 1,422 square kilometres. The region is a resource rich area, with abundant forest and brown coal resources, water resources, and rich agricultural land.

Taking its name from the Administrator and later Lieutenant Governor of the Colony of Victoria, Charles Joseph La Trobe, the area is a culturally diverse and vibrant community with a proud history of innovation and visionary development.

Latrobe City is one of Australia’s major provincial centres and is the principal service centre for the Gippsland region. Located within Latrobe are regional headquarters for significant government and private organisations, education centres, such as Monash University Gippsland, Central Gippsland Institute of

Technical And Further Education and Gippsland Group Training. Other major industries in the area include Australian Paper at Maryvale, the Australian Securities Commission’s National Information Processing Centre and Victoria’s four major power generators. Electricity generated from brown coal mined in the area represents 85% of all electricity generated in the State of Victoria.

Latrobe City has determined its priorities and has a clear direction for a sustainable and prosperous future, which will be achieved by working in partnership with its community and other levels of government, business and commercial interests. Part of this future includes our continued commitment to our World Health Organisation (WHO) ‘Safe Community’ agreement.

Some of the earliest work on safety promotion in Latrobe City dates from the1950’s when the Morwell Safe Town group initiated prevention of alcohol and related road trauma.

As a result of the findings of the Latrobe Valley Health Study (Health Department Victoria and released in 1990) a community based Injury prevention intervention, funded by the Victorian Health Promotion Foundation (VicHealth) was initiated in 1992. The Latrobe Valley Better Health Project focussed on major causes of injury as identified and evaluated by Monash University Accident Research Centre at Clayton, Victoria.

Having achieved significant reductions in a variety of injury presentations at Latrobe Regional Hospital (Day et al, Monash University July 1997, Report 114) the program expanded to include a range of related safety interventions in the municipality during the decade 1996-2006. Some of these are described

in this application to the WHO Collaborating Centre for Community Safety Promotion.

Without the significant investment by the local community and groups, including the City, VicHealth, local Health Services, local businesses and Government Departments the success in promoting the safety of people in Latrobe would not have been possible.

There are a number of individuals who have added significantly to this success and their efforts are acknowledged in the importance that community partnerships play in making our community a safer place in which to live, play, work and learn.

The primary purpose of the program is to develop, implement and maintain effective community safety strategies designed to minimise hazards and conditions which lead to harm or fear of harm for residents and visitors of Latrobe City.

1. An infrastructure based on partnership and collaborations, governed by a cross-sectoral group that is responsible for safety promotion in their community.

The work of the current cross sectoral group over seeing safety work, dates back to 1990. The establishment of the Latrobe Valley Better Health Project management Committee (1992), Latrobe Shire Safe Communities (1996-99), Latrobe Local Safety Advisory Committee (1999-2004) and the most recent version, the Latrobe Community Safety Committee. This cross-sectoral group has been changed to refocus and address the various partnerships and collaborations required to promote safety with our community.

The Community Safety Committee meets bi-monthly and acts as an advisory group to Council and the partner agencies. The Committee hosts an annual Community Safety Forum in May each year (since 2003). Serviced by a Council Officer it also interacts with a variety of working groups focussed on various issues affecting safety and wellbeing in Latrobe City.

A central reason in moving the safety promotion program into local government was for the purpose of sustainability and the opportunity to interact and coordinate activities across the whole community. This has allowed the program to become a permanent part of the local authority and so impact upon the various programs and circumstances which affect the daily lives of all people within the municipality.

Latrobe City has legislative responsibility for the public health and wellbeing of its citizens and visitors through the Local Government Act of Victoria (1989). To this end Latrobe City has a number of plans and processes which include Annual Council Plans, 2021(a strategic municipal plan incorporating sustainability, liveability, capacity building and governance). The City also has a Community Plan which incorporates a Municipal Public Health Plan, a Neighbourhood Renewal Action Plan and incorporates a neighbourhood Environmental Improvement Plan, additionally; Latrobe City also has a Road Safety Strategic Plan and Annual Community Safety Plans. These, collectively affect the safety status of the Latrobe Community.

The Community Safety and Wellbeing program is located within the Community Development Unit of the City Services Division.

3. Programs that target high-risk groups and environments, and programs that promotes safety for vulnerable groups.

Over the past decade the community safety program has initiated and collaborated on a number of interventions, a sample of which is listed here:

Specific programs which promote safety with vulnerable groups include, REAP – Road Safety and Awareness Partnership with funds provided by the RACV (Royal Automobile Club of Victoria), Loy Yang Power, International Power – Hazelwood and Wights Motor World. This program was undertaken in partnership with Police, VicRoads, RoadSafe Latrobe and local schools and focussed on young motor vehicle drivers. Foothold on Safety - Falls Prevention with Central West Gippsland Primary Care Partnership and agencies, the proportion of aged residents and thus the higher incidence of fall injury saw the development of interventions in both community and residential care settings.

Other programs focussed on specific risk factors such as Volatile Substance Abuse (Chroming) through SEER – Safe, Engaging, Educational and Recreation with Youth Substance Abuse Service (YSAS) and others. This program developed from our involvement with the Latrobe Valley Drug Reference Group who also implemented the HRA – High Risk Adolescent Referral program with Police and Department of Human Services. CHOICE – a program that works with underage alcohol use also developed from this group and is conducted through Police and Community Health – Drug and Alcohol Services.

The City Safety and Wellbeing program also participates with the Latrobe Valley Family Violence Network and is a member of the Gippsland Occupational Health and Safety Network and RoadSafe Latrobe (Community Road Safety Council) Executives.

Collectively these programs target high-risk groups and environments, and promote safety for vulnerable groups in our community.

4. Programs that document the frequency and causes of injury.

The data sources are used to determine areas of concern and in some cases are used to alert relevant authorities or when implementing interventions of various types.

5. Evaluation measures to assess their programs, processes and the effects of change.

Regular reports that assess programs and processes are part of work protocol within Latrobe City and are also a requirement of external and partnership funding. These are reported to the Latrobe Community Safety Committee and Council on a regular basis. The annual Community Safety Forum also utilise this material in order to determine their plans for the following twelve months.

As a result of these reports the program undertakes change and practices which attempt to focus on effective community safety interventions.

During 1997 and 2002 detailed evaluation of the Safe Communities Program was undertaken by Monash University Accident Research Centre at Clayton. These reports are available from Monash University as reports 114 and 190 (www.monash.edu.au/muarc/ reports)

Annual program and a variety of project (listed under Indicator 2&3) reports are available from Latrobe City through the Safety and Wellbeing Program Officer.

Evidence of Latrobe’s commitment to Safe Communities has included numerous conferences, seminars and hosting a variety of visitors both from Australia and Internationally.

Latrobe has also been associated with the instigation of Community Safety Month (originally safe communities week in 1996), this major marketing and community partnering initiative has now extended to the national and international arena.

As is evidenced in the above responses, the Latrobe City community is a proud and committed member of the WHO ‘Safe Community’ global network. It believes in the importance of local partnerships and collaborations which

promote the safety of all and promotes the importance of prevention of actual and perceived risks to personal safety and wellbeing of the whole community.

Designated 1996 as nr 15 in the International Safe Community succesion